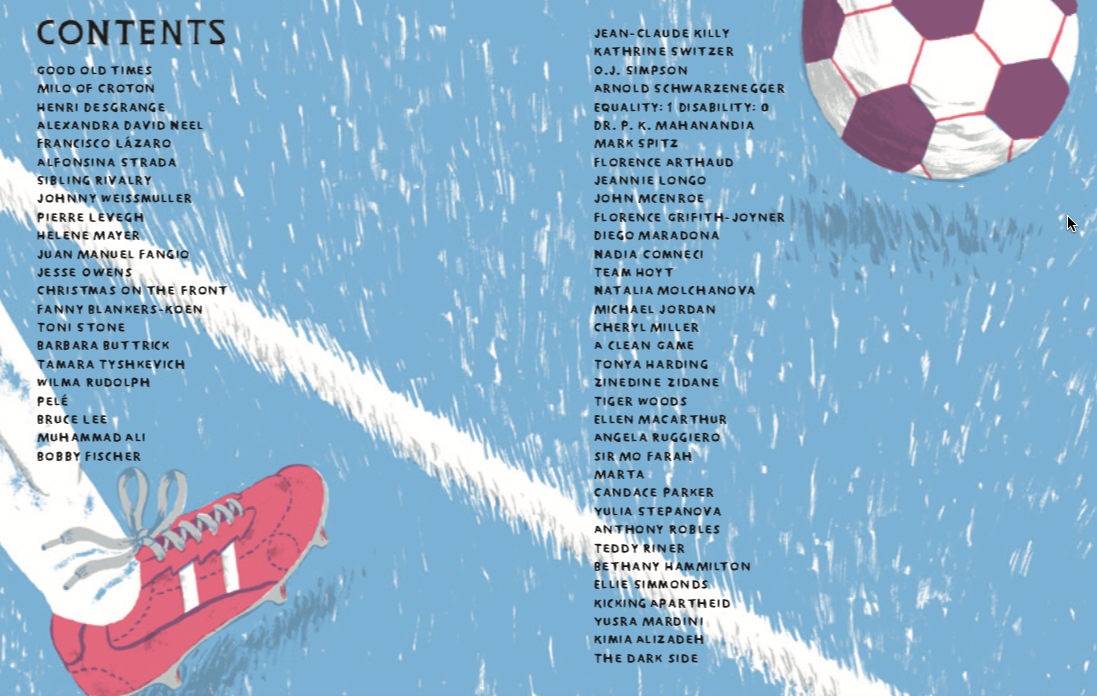 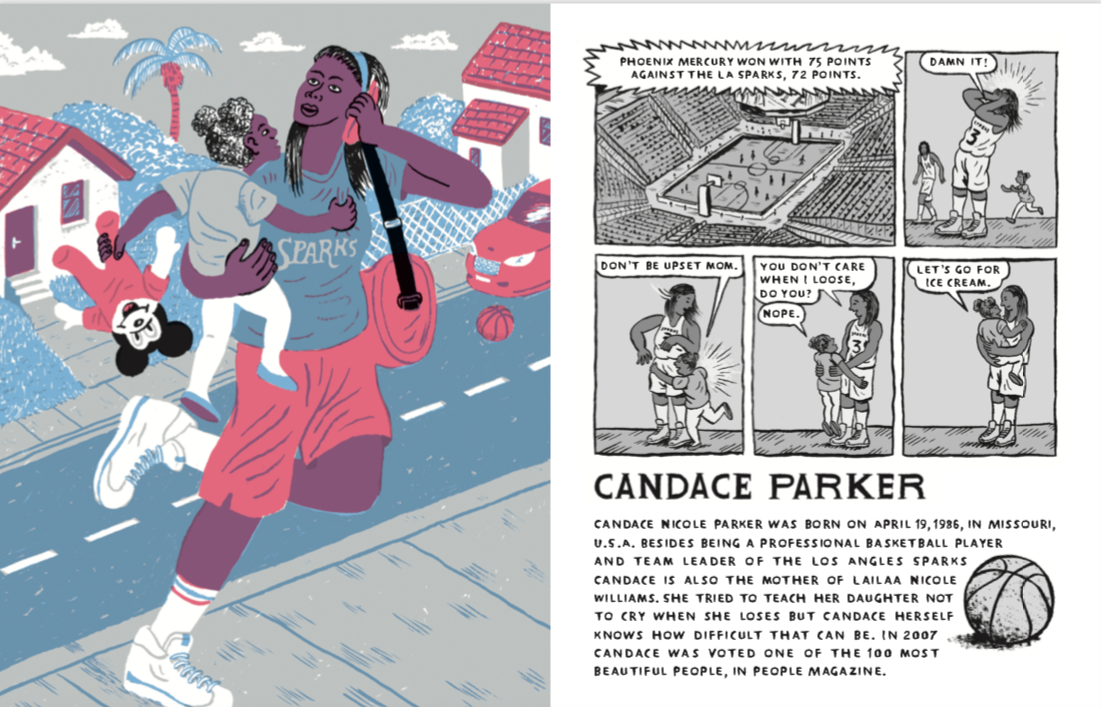 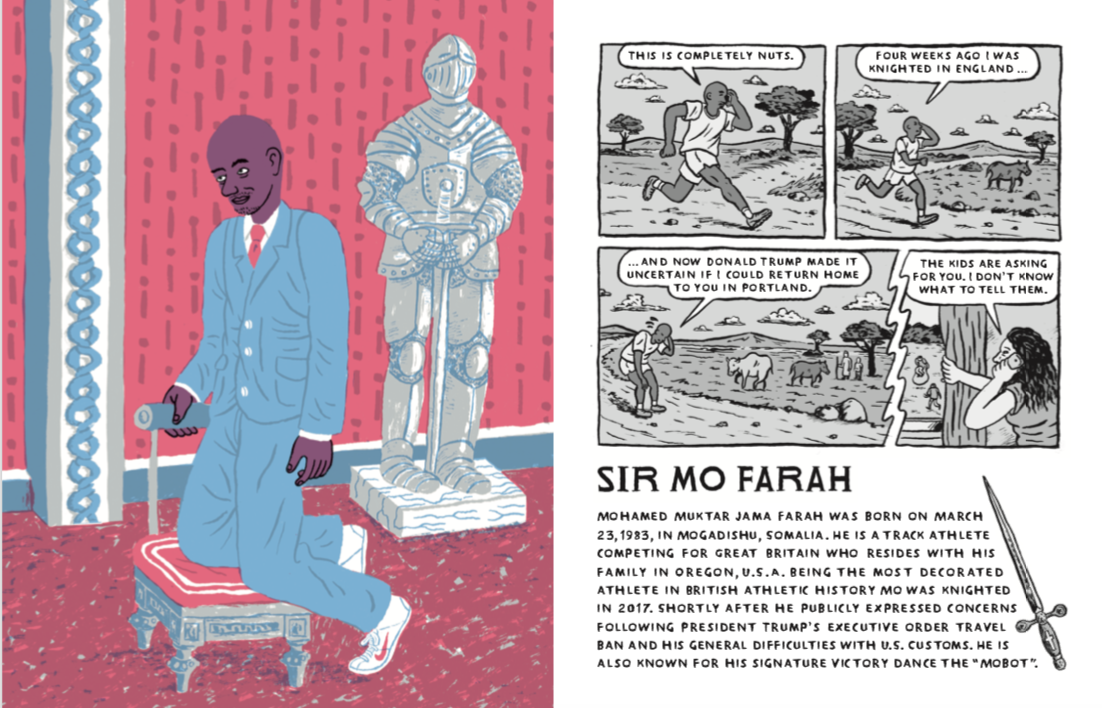 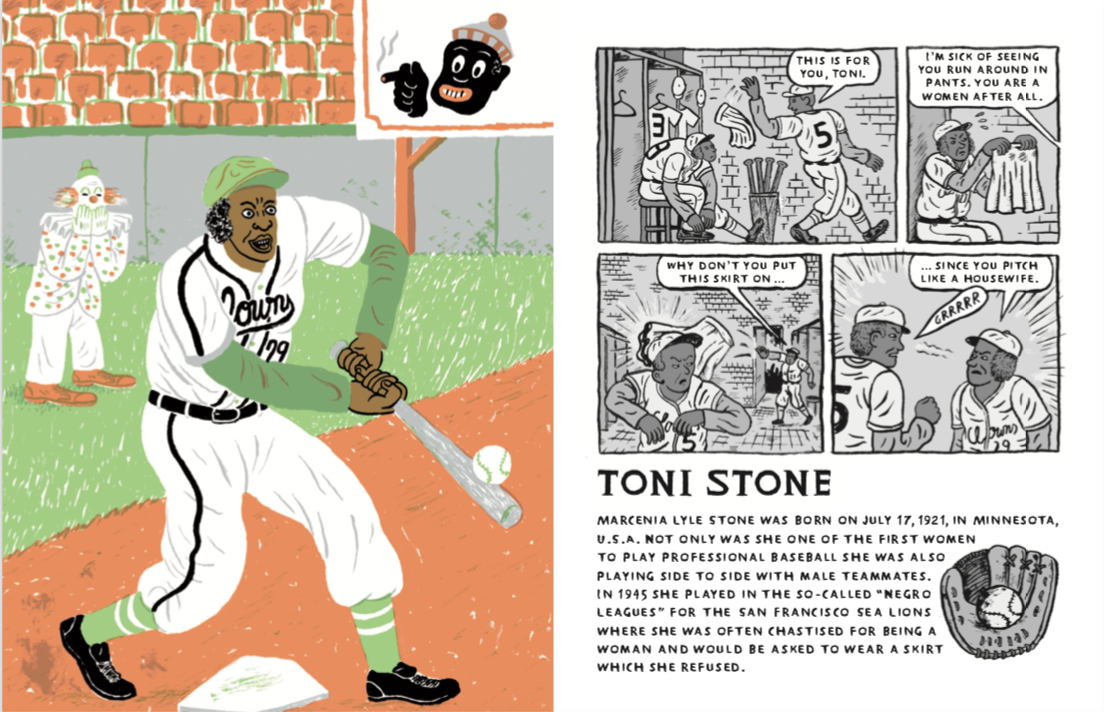 A unique comic book on sports and it’s most outstanding characters. 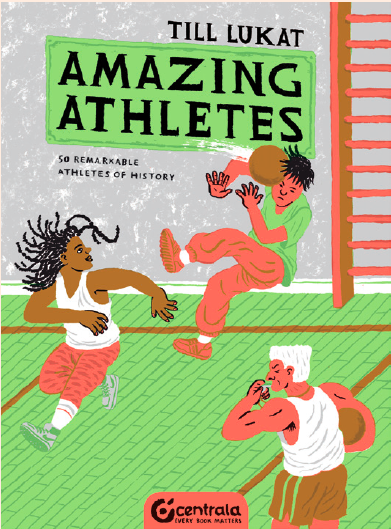 A unique comic book on sports and it’s most outstanding characters.

Ready… Steady… Go!!! And we’re off. 50 amazing Athletes pushing their minds and bodies in the great competition of sports. Who will win the medal and who will win the hearts? On the way through the ages, the reader discovers what real sportsmanship is made off. Whether the athletes stick out through their godlike physical ability or their incredible willpower, all of them have one thing in common: The courage to go a step beyond the finish line.

Till Lukat was born on Valentine’s day 1991 in Berlin, Germany. After living in Portugal for a year he has now moved back to Berlin, Germany where he lives in a Camper van in which he thankfully doesn’t have to work anymore after renting a separate studio space. He has studied Illustration and Visual Communication at the University of Arts in Berlin and at the University of the West of England in Bristol. He finished his studies in 2015 with a Bachelor’s degree. Since then he has published two books, which have been translated into four languages, won the Ligatura Pitching, appeared in Publications such as Stripburger, Kuš!, Off Life and Schnösel Mösel, Published a webcomic on electrocomics.de and had an exhibition at the Fumetto International comix-festival, Luzern in 2016.

Check another book by Till Lukat. Tuff Ladies. 50 Remarkable Woman of History.

Available also in Czech and Polish

← Wage Slaves With Stake and Spade. Vampiric Diversity in Poland An Introduction and Sourcebook. →