With Stake and Spade. Vampiric Diversity in Poland An Introduction and Sourcebook. 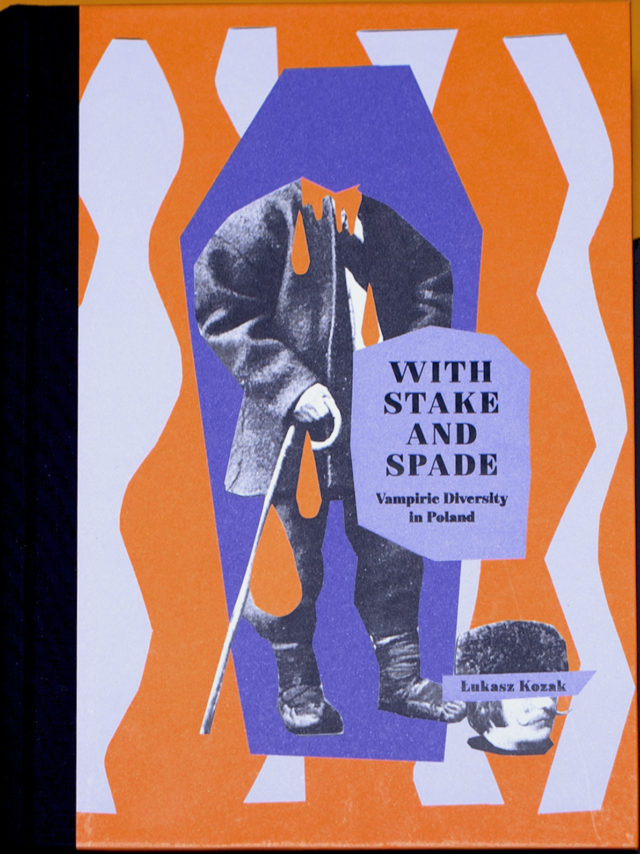 However, the bulk of the ethnographic accounts, press reports, and even court records concerning them is not to be found somewhere in Transylvania (where pop culture would place it because of Bram Stoker’s Dracula), Greece (where Byron first heard of them), or Southern Slavdom (which gave us the word “vampire” in reports from Habsburg officials) but in sources from Poland.

Everyone has heard of vampires, but few know about upiórs, strzygas, strzygońs, and wieszczys. Yet sources from Poland and the former Polish–Lithuanian Commonwealth offer a wealth of fascinating material to discover Slavic beliefs in the living dead, which later became a universal myth known the world over. This book contains a small but representative selection of 80 texts spanning almost 500 years, ranging from scholarly works and religious treatises to official documents, ethnographic essays, and press reports on true events.

It is commonly believed that upiórs are bodies of the dead that have been in some way revived, so to speak. Without awaiting the general resurrection, they rise prematurely from their coffins and leave their graves to raid houses, strangling whomsoever they can, and, if unable to defeat someone, will wrestle with them, murder them, suck their blood, or climb onto altars, bleed on them, break candles, and commit numerous other indecencies and murders.

On 18 March this year, at the parish cemetery in Bodzentyn, the head watchman noticed that the grave of a peasant woman, Szafrańcowa from Sieradowice, who had died suddenly on 22 February last year, had been dug up. The local mayor conducted an investigation and concluded that Szafrańcowa had apparently visited the house of her husband, Jan Szafraniec, after her death, terrorising him, their children, and even the neighbours. Wishing to rid himself of these unpleasant visitations, Szafraniec went to the cemetery and, assisted by gravedigger Walenty Czekaj, dug up the coffin, turned her corpse face downward inside it, and tied her hands. Despite these precautions, the visitations continued. Furious, Szafraniec went back to the cemetery, opened the coffin again, chopped off his late wife’s head, and buried it elsewhere. Both men who dug up the grave were put on trial.

Łukasz Kozak is mediaevalist, technology and media expert. He has worked with the National Library of Poland, the University of Warsaw and other cultural and research institutes on the fields of innovation and new media. He is also the co-curator of the New Epiphanies early music festival and the author of numerous articles devoted to mediaeval and early modern culture.

Cover design, illustrations and art direction by Julia Mirny. This original young illustrator used the analogue collage technique, best for including the archive photos of polish countryside, its inhabitants and folk culture.

This publication is part of the Upiór Project, launched by the Adam Mickiewicz Institute in 2018.
The project aims to popularise historical sources on Polish folk beliefs, demonstrating their research value and potential to inspire contemporary creators.
The project has resulted in numerous illustrations, a WikiProject, and two short animations directed by Kajetan Obarski: The Strzygoń and How to Deal with Him and Dead Liver.